This is a joint press release by Koninklijke DSM N.V. (DSM), Firmenich International SA (Firmenich) and Danube AG, to be renamed DSM-Firmenich AG (the Company) in connection with the voluntary public exchange offer by the Company for all the issued and outstanding ordinary shares in the share capital of DSM (each such share, a DSM Ordinary Share) (the Exchange Offer)), pursuant to Section 12, paragraph 3 and Section 15, paragraph 2 of the Dutch Decree on Public Takeover Bids (Besluit openbare biedingen Wft) (the Decree). The Exchange Offer is not being made, and the DSM Ordinary Shares will not be accepted for purchase from or on behalf of any holder of DSM Ordinary Shares (a DSM Shareholder), in any jurisdiction in which the making of the Exchange Offer or acceptance thereof would not be in compliance with the securities or other laws or regulations of such jurisdiction or would require any registration, approval or filing with any regulatory authority not expressly contemplated by the terms of the offering circular in relation to the Exchange Offer dated 22 November 2022 (the Offering Circular).

1 Pursuant to an exemption (ontheffing) granted by the Netherlands Authority for the Financial Markets on 20 January 2023.

DSM Shareholders who have already tendered their DSM Ordinary Shares are not required to take any action, but they may withdraw their tendered DSM Ordinary Shares in the extended acceptance period, in accordance with the terms and conditions of the Offering Circular and the provisions of Section 15, paragraph 3 of the Decree.

DSM Shareholders who have not yet tendered their DSM Ordinary Shares or who have withdrawn their tendered DSM Ordinary Shares in accordance with the above but want to tender again, are requested to take action via their financial intermediary within the extended acceptance period. Certain intermediaries may set an earlier deadline in order to be able to timely communicate the tender to the exchange agent. For more information, please see section 14.9 of the Offering Circular.

Announcements in relation to the exchange offer are issued by means of a press release. Any joint press release issued by the Company, DSM and Firmenich is made available on the website of the Company (www.creator-innovator.com).

The Exchange Offer is being made in and from the Netherlands with due observance of such statements, conditions and restrictions as are included in the Offering Circular. The Company reserves the right to accept any tender under the Exchange Offer, which is made by or on behalf of a DSM Shareholder, even if it has not been made in the manner set out in the Offering Circular.

Unless otherwise determined by the Company, the Exchange Offer is not being, and will not be, made, directly or indirectly, in or into, or by the use of the mails of, or by any means or instrumentality (including, without limitation, telephonically or electronically) of, interstate or foreign commerce of, or of any facilities of a national securities exchange of, the United States except to DSM Shareholders who (i) are “qualified institutional buyers” as such term is defined in Rule 144A under the U.S. Securities Act of 1933, as amended (the U.S. Securities Act, and each such person, a QIB) and (ii), to the Company’s satisfaction (in its sole discretion), have duly completed and returned to the Company a letter confirming that it is a QIB and agreeing to certain transfer restrictions applicable to the DSM-Firmenich Ordinary Shares (a U.S. Investor Letter) available from the Company (each an Eligible U.S. Holder). Accordingly, to be eligible to receive DSM-Firmenich Ordinary Shares under the Exchange Offer, each DSM Shareholder that is a U.S. Person and that is a QIB must make their acceptance known through their custodian, bank or stockbroker by executing and delivering a U.S. Investor letter to such custodian or intermediary no later than 17:40 hours CET on the Acceptance Closing Date. The custodian, bank or stockbroker may set an earlier deadline for communication by DSM Shareholders in order to permit the custodian, bank or stockbroker to communicate its acceptances to the Settlement Agent (ABN AMRO) in a timely manner. Accordingly, Eligible U.S. Holders holding DSM Ordinary Shares through a financial intermediary should comply with the dates communicated by such financial intermediary, as such dates may differ from the dates and times noted in the Offering Circular.

The form of a U.S. Investor Letter will be distributed to custodians, nominees and other financial intermediaries to distribute to those they hold for in due course and is also available to QIBs from the Company. Any U.S. Person who is not a QIB, or in respect of whom no U.S. Investor Letter is received before 17:40 hours CET on the Acceptance Closing Date, will be a Restricted Shareholder and will be treated as set out under section 14.35 (Notice to DSM Shareholders in certain jurisdictions) of the Offering Circular.

The DSM-Firmenich Ordinary Shares have not been and will not be registered under the U.S. Securities Act or any other applicable law of the United States and accordingly, the DSM-Firmenich Ordinary Shares may not be reoffered, resold or transferred, directly or indirectly, in or into the United States except pursuant to an exemption from, or in a transaction not subject to, the registration requirements of the U.S. Securities Act.

Any DSM Shareholder located in the United States at the time of the Transactions will be required to make certain representations, warranties and undertakings in respect of their status as QIB (the QIB Confirmations), in order to receive the DSM-Firmenich Ordinary Shares on the Post-Closing Acceptance Settlement Date.

Additional information is included in section 16.1 (United States of America) of the Offering Circular.

Forward-looking statements involve inherent risks and uncertainties and speak only as of the date they are made. Except as required by applicable law, the Company does not undertake and it expressly disclaims any duty to update or revise publicly any forward-looking statement in this press release, whether as a result of new information, future events or otherwise. Such forward-looking statements are based on current beliefs, assumptions, expectations, estimates and projections of the Directors in office at the time of this press release and the Company’s management, public statements made by it, present and future business strategies and the environment in which DSM-Firmenich will operate in the future. By their nature, they are subject to known and unknown risks and uncertainties, which could cause DSM-Firmenich’s actual results and future events to differ materially from those implied or expressed by forward-looking statements. The DSM Shareholders and other prospective investors are advised to read section 2 (Risk Factors) of the Offering Circular for a more complete discussion of the factors that could affect the DSM-Firmenich’s future performance and the industry in which DSM-Firmenich operates. Should one or more of these risks or uncertainties materialise, or should any of the assumptions underlying the above or other factors prove to be incorrect, DSM-Firmenich’s actual results of operations or future financial condition could differ materially from those described herein as currently anticipated, believed, estimated or expected. In light of the risks, uncertainties and assumptions underlying the above factors, the forward-looking events described in the Offering Circular may not occur or be realised. Additional risks not known to the Company or that the Company does not currently consider material could also cause the forward-looking events discussed in the Offering Circular not to occur.

Firmenich, the world’s largest privately-owned fragrance and taste company, was founded in Geneva, Switzerland, in 1895, and has been family-owned for 127 years. Firmenich is a business-to-business company specialized in the research, creation, manufacture and sale of perfumes, flavors, and ingredients. Renowned for its excellent research, as well as its leadership in sustainability, Firmenich offers its customers innovation in formulation, a broad palette of ingredients, and proprietary technologies such as biotechnology. Firmenich delivered CHF 4.7bn of sales in the financial year ended 30 June 2022.

DSM has transformed during its 150+ year history into today’s health, nutrition & bioscience global leader. The Dutch-Swiss company specializes in nutritional ingredients for food and feed with proven world-leading bioscience capabilities and an international network of high-quality manufacturing sites that underpin a business model of global products, local solutions and personalization and precision. For Health, Nutrition & Bioscience (excluding Materials), DSM delivered €7.3bn of sales in the calendar year 2021, with adjusted EBITDA of €1.4bn and an adjusted EBITDA margin of 19%.

Please visit www.creator-innovator.com for additional materials on the Transactions. 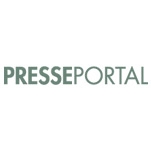