At first it looked like a virus infection, then metals and pesticides came under suspicion, now it is clear, what caused the many deaths in India: the sweet fruits of the lychee tree. It all began in 1995. In the north of India, strange events occurred between mid-May and mid-June. Hundreds of children, mostly from poor families, suddenly suffered from seizures and anxiety disorders. The complaints usually occurred in the morning and every third child died after 20 hours.

For a long time the medicine had no explanation for the deaths, but the examined children all had a characteristic: their blood glucose level was very low. The doctors therefore assumed, that the children had died of a very serious form of hypoglycaemia, because it could not be an infectious disease, as none of the children’s fever had an increased number of white blood cells.

For a new study the data of the children were compared. 390 patient data from children 15 years or younger were evaluated and the scientists concluded, that the children had suffered from a form of encephalopathy, a diseased condition of the brain, which stands in connection with the blood glucose. A conclusive explanation of the riddle was then given to the diet of the Indian children, for many of them had eaten a very large quantity of lychees. The region in the north of India is one of the largest cultivation areas for lychees worldwide. A poison is contained in the fruits, which prevents the body from producing sugar, and this has been the fate of the children.

The incidents in India reminded the researchers of a similar incident that occurred in Jamaica. There the consumption of immature Akee fruits had caused some deaths. The Akee fruits, like the lychees, belong to the soaps tree plants and contain the same poison as the lychees. If both fruits are eaten in small quantities, they are completely harmless. 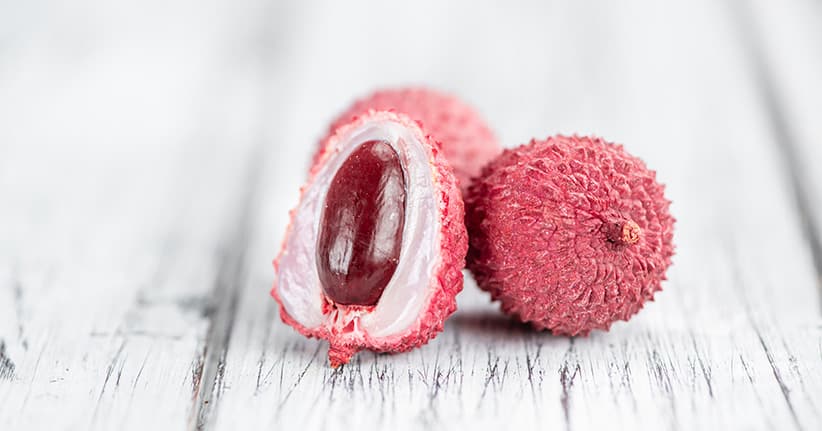